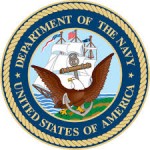 He was born on June 3, 1955 in Killeen, Texas, the son of James Milton Thomason and Sue Garner Thomason. He was preceded in death by his parents.

He was a United States Navy veteran and member of the Amity First Baptist Church. He enjoyed watching sports and going to the local games.

He is survived by his brother and sister-in-law, Danny and Debbie Thomason of Sherwood.

Cremation arrangements were under the direction of Davis-Smith Funeral Home and Crematory, Glenwood.

Guest registry is at www.davis-smith.com.

Preserve the memories and special thoughts shared
by friends and loved ones with a Memory Book.

We believe that the success of any business requires dedication and professionalism. In our business, in particular, it also requires a great deal of kindness, compassion and attention to detail.